ALL 2021 REC EVENTS ARE CANCELLED DUE TO COVID-19.  Check websites for external organizations.

The Alberton Recreation Committee plans and sponsors at least outdoor event each winter season at the Township’s outdoor rink facility, which is held on Family Day in February. The afternoon event includes family skating, sliding, socializing for people of all ages, a bonfire, weiner and marshmallow roasting, hot coffee or chocolate, and sometimes even sleigh rides or snowmobile rides! It’s a perfect way to spend a winter afternoon. Event is subject to weather and weather impact.

Cranberry Peatlands Interpretive Trail
The Cranberry Peatlands Interpretive Trail is located at the west end of Whitmore Road in Alberton. While the boardwalk is currently only partly complete, this little gem of a trail provides a unique natural experience and educational opportunity to all. The self-directed tour features a boardwalk complete with viewing pavilions and informational signage on the myriad flora and fauna which exist within the bog, which houses some provincially significant species. The project is spearheaded by cooperative efforts of the Rainy River Field Naturalists and the Rainy Lake Conservancy together with other volunteers. Development has been partially funded through the Ontario Trillium Foundation. To learn more about the Rainy River Valley Field Naturalists or the Rainy Lake Conservancy, click on the highlighted links above. 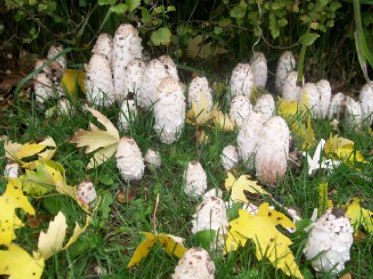 Snowmobile Trails
From Atikokan to Rainy River to Nestor Falls, the Rainy River District offers groomed trails and open areas complete with picturesque scenery to enhance your snowmobiling experience and enjoyment of the great outdoors. The groomed snowmachine trail maintained by the Sunset Country Snowmobile Club runs through Alberton.

Rainy River Valley Agricultural Association District Fall Fair
The Emo Fair is held each year at the RRVAA fairgrounds in Emo on the third weekend in August and is a premier event for area residents and their families, who gather to chat with old friends and acquaintances from across the District. The fair includes a midway, competitions at the grandstand, craft and agricultural displays, nightly stock car races, plus a Fair Queen contest. The fair is well-attended. As part of their emergency management programs, Alberton and other district municipalities jointy host a booth to provide free information to the public.